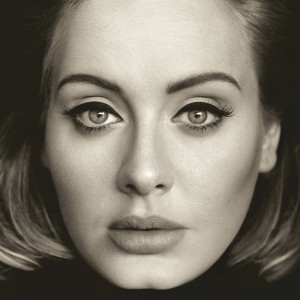 Adele is back with 25, the follow up to her sophomore album 21, which has sold over 30 million albums worldwide, a staggering number by any measure. With this amount of pressure placed on her to top 21, it’s no surprise that it’s taken her four years to release new material. Furthermore as Adele puts it “life happened” as she also became a mother in between records. Whereas as 21 can be referred to as a “break-up record, she claims that 25 is a “make-up record”, but not in the way the title track “Hello” might suggest, which is about reconnecting with an old flame and making up for past wrongdoings. Rather Adele is making up for lost time with herself. To claim that 25 is yet another album about all the men in her life (or not), would be far too simplistic and an easy way for someone to dismiss the album. The growing pains Adele has gone through permeate through her work; after all she is entering this new stage in her life. No longer filled with uncertainty of where her career is going or plagued by insecurity, unlike otherwise claimed by Blur frontman, Damon Albarn, Adele is an established artist, growing, and trying to hold on and let go of the past at the same time.

Her first single “Hello”, a slight tongue-in-cheek song that could be perceived as Adele addressing her fans after her long absence, greets us and enraptures us back into Adele’s world; one inundated with melodramatics, vocal theatrics, and apparently a lack of smartphones as she attempts to reach out to her former lover that never seems to be home. “Send My Love (To Your New Lover)” is the most upbeat track on the album, an Adele song for people who don’t like Adele. It has the passive-aggressiveness, rhythmic clapping, and odd but terribly catchy chorus lines of a Taylor Swift track. This is no coincidence as the producer of this track, Max Martin, has worked with Swift extensively as well as every major pop artist of today (Katy Perry, Ariana Grande, Britney Spears, etc.).  However, unlike a Taylor Swift song, Adele’s vocal abilities seep through despite her attempt at a standard pop song; this is an Adele album after all. “Water under the Bridge” and “River Lea” are two other tracks which could rival the infectiousness of “Send My Love (To Your New Lover)”.”Water Under The Bridge” is lyrically reminiscent of a theme we’ve seen in previous efforts, one of caution and hesitation  to embark on new love quests at the fear of getting hurt (I want you to be my keeper/But not if you are so reckless) . However the transformation she’s undergone in between records is audible to the world when she asserts that she can bring her lover to her knees and can confidently say that there’s no use in her lover pretending that he doesn’t desire her.

Adele has also collaborated with singer/songwriter Tobias Jesso Jr, who’s new album Goon, and its 1970s folk tendencies can be seen all throughout the song “When We Were Young”, which Adele co-wrote with him. If you’re jonesing for a straight up, and beautiful singer-songwriter type jam, “When We Were Young” will be right up your alley, and it’s one of the strongest songs on the album. With its build-up to its roaring vocals and ethereal backing chorus, it’s bound to be a highlight in her live performances if she does decide to tour behind the record. This album also sees Adele collaborating with Ryan Tedder of One Republic fame, who apparently has a knack for writing the worst songs off of albums (cc: “Right Now” by One Direction”) and Tedder worked his magic and delivered a generic piano-ballad, the kind that you’d show someone if you were trying to contextualize what is it that makes Adele a mom-approved artist. Bruno Mars also had a go at collaborating with Adele on “All I Ask”, which is more “When I Was Your Man” than “Locked Out Of Heaven”, which is a shame. This track is a ballad meant to show-off Adele’s vocal range and impassioned delivery of her lyrics, nothing more. While this makes for perfect dramatic sing-cry-along to in the car while pretending you too can hit those insanely high notes like Adele, it feel a bit excessive with three downbeat songs back-to-back and overall offsetting the down/uptempo ratio of the album.

Adele’s 25 feels like catching up with an old friend who you haven’t seen in a while (In Adele’s case, it’s been four years) over a cup of coffee. A friend you can confide in about the woes of being in your 20’s who will validate your feelings about living in a perpetual state of angst because you’re not living up to your potential like she sings in “Million Years Ago” (sometimes I just feel it’s only me/who never became who they thought they’d be). Like many of us coming into adulthood, Adele wishes for simpler times, like “when life was a party to be thrown” and “only wanted to have fun” but as she, and other young adults soon realize “that was a million years ago” and it’s inevitable that we all at some point must “earn [our] stripes”. Perhaps that’s what makes Adele so venerated by the public; here is a woman, just as happy, free, confused and lonely as us despite being a multi-million dollar recording artist; she’s not trying to sell us the notion that she is perfect, she’s just trying to tell us who she is. 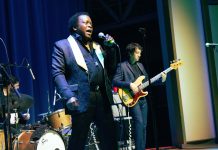 The Soul of Soul Visits The Echo Lounge