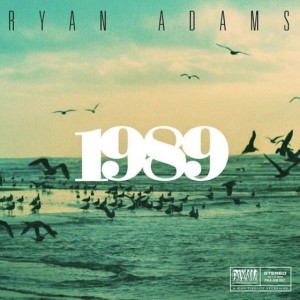 It must be reiterated, however tired and overused of a criticism it may be, that acoustic covers of hip-hop or pop music are the scum of the earth. Whether they be in their most innocuous form (a youtube video of a small tweenager doing a Ukelele cover of “Ice Cream” off of Only Built 4 Cuban Linx) or in their most fully realized form, they are somehow both incredibly grating and subtly offensive, the implication being that the song isn’t good enough to enjoy in its latent form, and that it must be stripped down for acoustic guitar to be truly appreciated. Enjoying a rap song for its drums or verses or enjoying a pop song for its production and catchiness isn’t ironic enough to be a viable option. To me at least, any acoustic guitar cover of Kanye’s Gold Digger probably walks a thin line between appropriation and straight on racism. The aforementioned logical conclusion of these Deschanel-ism’s are ironic white rockers doing covers of pop songs. Whether it’s Ben Folds doing a cover of “Bitches Ain’t Shit” by Dr. Dre or Scott Chapman doing “Mirrors”, what the musicians think is an ironic acknowledgement of their own whiteness, is just really obnoxious to everyone else. So, with that said, Ryan Adams decided to make an entire album out of this. 1989 is a full 60 minute tribute to this exact phenomena, a track-by-track cover of Taylor Swift’s 2014 mega-seller album 1989.

What Adam’s has done to ebullient pop hits like Blank Space and Shake It Off isn’t exactly neutering, but it isn’t enhancement either. Nothing here is better than the original tunes, but there are some interesting takes, with Out of the Woods and Wildest Dreams bringing back some of the country piquancy that’s been lost in Swift’s shift from country pop to straight on country. Wildest Dreams in particular comes closest to being an improvement on the original song, fully embracing what makes it a great pop song and magnifying the chorus with Adams’ back of the throat, falsetto warbling and some fine guitar work during the bridge and outro. It also happens to be one of the only songs to embrace drums fully, and it works in its favor. Album closer Clean does the same thing with similar results, though the songwriting is just a bit plainer than Wildest Dreams, though still great. Where the album fails is that it doesn’t really pull back any curtains. We already know that Taylor Swift’s arrangements can be beautiful and catchy, and Adams doesn’t do much to convince us that Swift’s lyrics are fantastically deep or well written.

It is simply a cover of every song on 1989, with a Ryan Adam’s spin, which is to say it’s essentially a Ryan Adam’s album, which is to say that overall it’s relatively, and surprisingly harmless. This also means that it’s music is relatively innocuous, but at least the music is generally not up it’s own ass, and Adams has gotten plenty of support from Swift’s fans and Swift herself, with glowing support on Twitter and in real life. It’s just a middle of the road album with inoffensive covers of pop songs, and sometimes that’s totally fine. This brand of melancholy guitar covers is for a specific group of people (or maybe a few specific groups). Ryan Adams fans, irony boys who would never admit to enjoying 1989, and Taylor Swift fans. Other than that, a few solid songs should tide people over until we get the next “Blank Space”. Let’s just hope this doesn’t start some obnoxious trend of old rockers doing album long covers, or even worse, people on youtube doing ukelele covers of Ryan Adams’ guitar covers of Taylor Swift songs. Or maybe we should encourage that, then we’ll truly get to see what the irony zenith looks like.