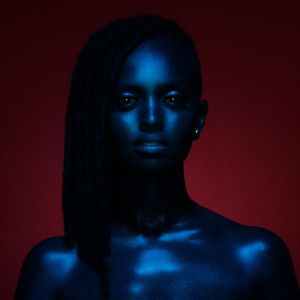 Finally, the highly anticipated EP “Hallucinogen” has arrived, and it does not disappoint. Kelela’s first LP “Cut 4 Me”, released in what seems like ages ago but in reality was 2013, received great responses not only from critics and fans, but also Kelela’s peers. With the release of singles “The Message” in early March, and “Rewind” in early September, fans were ready to hear more of what the D.C songstress had in store. Finally, after an initial delay, the EP finally dropped. As Kelela has a very diverse musical background, spanning from iazz to metal to EDM, it was very interesting to see how and if she would be more exploratory in this new project. This six song EP showcases Kelela’s vocal growth as she switches from singing light falsettos to belting out beautiful notes. The title track “Hallucinogen” is sonically similar to Cut 4 Me by featuring the same combination of electronic, synthesized, experimental sound & classic R&B and hip-hop. Kelela even brings back some of the same producers from Cut 4 Me on this project like Kingdom and Nguzunguzu.

The first track  “A Message” is a soulful ballad about breaking-up and unrequited love. This track closes and leads into the second track, “Gomenasai”, which is a ultra sultry song about secret lovers and their trysts. Track 3 is one of the albums highlights, and “Rewind” wastes no time getting into the groove. The lead single of the EP is an upbeat jam that is reminiscent of a late 90’s Janet Jackson song, as the track recounts a time when the narrator thought she made a connection in the club, but in fact did not and wanted to go back in time to rewind, for lack of a better word, and do things again so this missed connection could possibly bloom into something more (we’ve all been there). Another highlight on the album “All the Way Down”, opens with Kelela’s light vocals, which are then amplified with hard synthesized drums. The bridge of  this song is a seductive sensual melody that is very reminiscent of Aaliyah’s “Rock the Boat“.

Next up is “Hallucinogen”, a very trippy song with heavy electronic influence. This song is probably the most sonically similar to her previous project, and at two and a half minutes, her most concise. The track features a highly autotuned Kelela singing indiscernibly over  the sounds of laughing and background commotion, and probably registers as the most experimental song on the album. The EP closes with “The High”, which begins with a pulsating beat that is incredibly captivating. Kelela tells a tale of a rendezvous with her lover, which is recounted in the first half of the song, and after an intimate bridge of humming and harmonizing she evaluates her situation, sitting back saying, “must you leave now.” The song fades out with the repetition of these lyrics.

It’s great to see such a fluid blend of R&B and electronic sounds, and a huge evolution on Kelela’s sound, which leaned more on 90s R&B than the dub, grime, and glitch of this EP. She may have taken notes from fellow musician FKA twigs, but Kelela makes this sound all her own, and if the album is even half as good as this, we’re in for a huge treat.