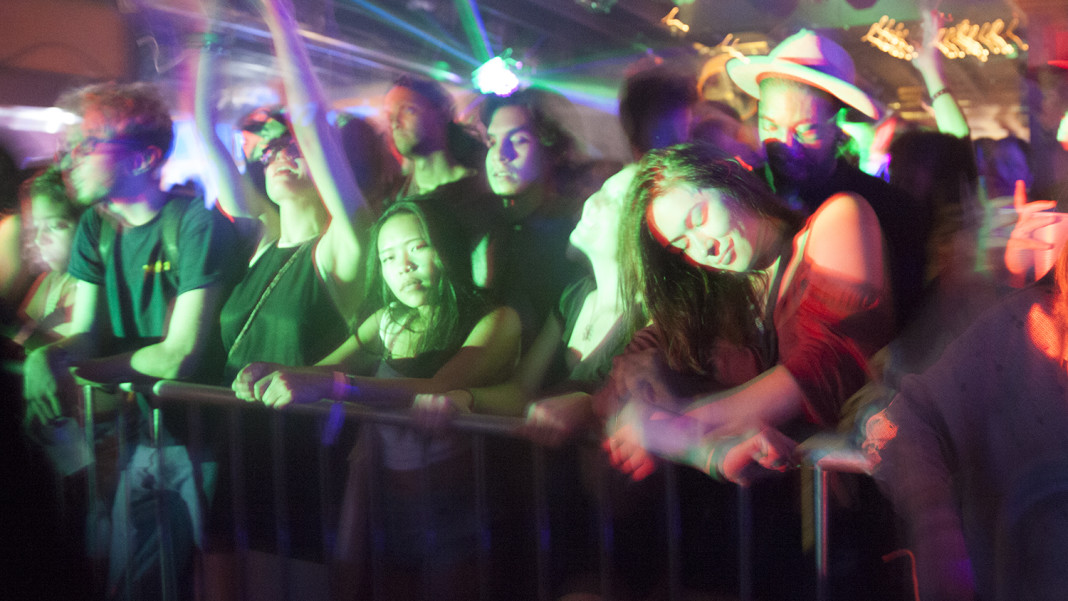 In it’s third year, Oaktopia Festival is beginning to come into it’s own. The fest doubled the amount of stages from it’s previous year, and put out a large, more well rounded lineup, that still feels like it belongs in the college town of Denton.

Forth Worth based Animal Spirit were a total surprise. Their high energy performance left the entire crowd at Harvest House in a complete daze. Their set was, at sometimes, gritty and powerful, while at other times being dreamy and soulful. Filled in with powerful drumming, this indie rock band’s gorgeous male/female vocal harmonies left the crowd want more. Be on the lookout for them in the future. – Humza Khan

A wave of sound crashed upon Harvest House Friday night in the form of Denton emo pros, Biographies. These guys know exactly what they’re doing when it comes to building up the emotion in a song, and their set was hit after mesmerizing hit. Each song slowly, painstakingly built into a wall of screaming guitars to end in a perfect crescendo of emotions that roused the audience into fervent appreciation. The feels were real, y’all. – Jamie Park

Blue took the stage to an extremely antsy crowd late Friday night. Opening for the biggest act of the day, Father, was no easy task, but boy did he deliver. Delivering what had to have been the rowdiest performance of the whole fest, Blue had all of Haileys going crazy. He seems to be getting better and better with as time goes on and his live shows have become something truly special. Not only because of his songwriting, but also the amount of energy he brings on stage. – Humza Khan

Denton locals Fun Button helped to kick off the weekend at Rubber Gloves Rehearsal Studio. Located a few blocks West of the square, the venue felt far from the action, but Fun Button made the long trek worthwhile with a tight set of tunes that harkened back to the mid 2000s in the best way possible. Their drummer (who kicked the set off with a resonant belch) pummeled his way through the entirety of their recently released EP, while the guitarist and bassist swapped lead singer duties. Unfortunately, due to the hard-to-find location, the turnout wasn’t as great as it could’ve been. These dudes are ones to keep an eye out for if you frequent the Denton scene. – Jamie Park

Taking the stage at Hailey’s lat Friday night was Awful Records CEO, Father. A packed and eager crowd patiently waited through the delays the venue faced. When Father finally took the stage, the crowed erupted, singing along as he performed song from his newest album, Who’s Gonna Fucked First?, and Young Hot Ebony. Unfortunately, “Look At Wrist” did not make the cut, however this didn’t seem to phase anyone. – Humza Khan

Dallas-area staple The Polyphonic Spree skillfully manned the Audacity Main Stage as the sun set on an eventful Saturday. The Polyphonic Spree is best experienced live. That’s not to say that their albums aren’t little orchestral pop masterpieces. There’s just an element of in-your-face musicality that clicks into place when you see them perform right in front of you. The high point of the set was the performance of their most well-known track, “Light & Day”, which truly felt like the climax of a movie happening in real-time. – Jamie Park

Last time Steven Bruner AKA Thundercat graced the DFW area with his presence, he headlined a Central Track curated Red Bull Sound Select show at a 200 capacity venue in Deep Ellum. There was a line down the block to the 7-11, and more people were outside than inside. His 6pm Oaktopia set started a few minutes behind schedule, but the three-piece drum, keys, and Thundercat trio quickly got the crowd excitedly grooving and head-bobbing for a little over an hour. He performed songs off his recent The Beyond / Where the Giants Roam EP as well as older bass-heavy funk tracks. In true jam band style, Thundercat and his bandmates took turns in the spotlight, volleying improvisational fills and notably impressing the mass of punks, hippies, funk folks and rock fans. – Elessa Boiko

With the moonlight as his spotlight Shlohmo took to stage this past Saturday night in Denton for Oaktopia. A cool breeze and clear sky made for a calm atmosphere. Shlohmo added his own chill jams to atmosphere. A relatively slow start to his set was keeping a lot from engaging with the music, except for a few audience members who were more than happy to vibing with soundwaves. Shlohmo decides to stir crow up and plays “Thought It Was a Drought” by the almighty Future. This was the turning point of the set, completely changing the dynamic of the entire night. Immediately, the crowd was engaged and dancing until their legs gave out. All in all Shlohmo was an entertaining way to end the night. – Kevin Barahona

The day started out with Mineral, a mid 90’s emo band. To some, Mineral is just that band that rode along the emo revival wave a few years back, but to some, Mineral is a religious experience. The four piece band sported their original lineup from more than a decade earlier, and it showed only when someone from the crowd shouted out a song, to which the response was “We know what you’re talking about, but we don’t know how to play that… anymore.” Otherwise, Mineral as a band still showed that they were still just as passionate about their music. The setlist included songs from both their albums, but most recognizable to me was that from “EndSerenading.” Songs like “ForIvadell,” and “Lovelettertypewriter,” really showed the rawness of Chris Simpson’s voice, as well as the vein popping from the side of his neck as he strained to reach the higher notes on top of the wall of guitar riffs. Definitely one of the highlight of Sunday. – Angel Roa

The ambience at Harvest House was casual and cool, the weather was bearable, and as you approached the stage, you were greeted by an angelic, yet powerful woman’s voice. She was backed by a man with a drum set as she feverently played her keyboard. The band was Slingshot Dakota, who showed very quickly that they were not to be underestimated. They asserted so much of your attention that you don’t even miss a full band. The set ended with Carly Comando belting at the top of her lungs “except when I think about your broken heart,” off of their song “Cassette.” – Angel Roa

Sarah Jaffe is really in a category of her own when it comes to the whole “singer/songwriter” label. She knows how to deliver a mesmerizing performance with a song like “Don’t Disconnect,” to a dance tune such as “Defense” and “Lover Girl,” to more a more emotional performance with the hard hitting song “Clementine.” It was an overall balanced and thoroughly enjoyable performance, and her heart was in every song Jaffe performed, despite all the fatigue that comes with touring. Being a Denton native, she constantly felt the need to tell the crowd that Denton is, and will always be her favorite. And if there wasn’t enough love going around, she pointed out that her mom was in the crowd, making it all the more known that this was a special performance. Maybe it was the beautiful weather, or maybe it was the laid back vibe of the artists that played, but Sunday did not disappoint. – Angel Roa

Edward Sharpe & the Magnetic Zeroes ended Oaktopia with a show that was huge, yet intimate at the same time. Alex Ebert fully demonstrated his skills as a frontman, showing off his personality while leading the audience in massive sing-along after massive sing-along. From the moment the band opened with their hit song, “Home,” the crowd was totally absorbed. During the song “I Don’t Wanna Pray,” Ebert’s own singing was hardly audible over the voices of his spectators. The rest of the band definitely didn’t fail to shine either, each member switching instruments and passing microphones between nearly every song. “So,” Ebert started to ask, for the third time. “What song should we play next?” The crowd roared with suggestions. At several points throughout the night, Ebert was in the audience, giving the microphone to fans- sometimes to sing songs, other times just to tell stories. Towards the end of the set, he asked everyone to sit on the ground, and he came down from the stage to sing with us from the floor. Ultimately, the night with Edward Sharpe & the Magnetic Zeroes played out more like a giant, fun, impromptu jam, which everyone was a part of, than a performance. – Nick Via 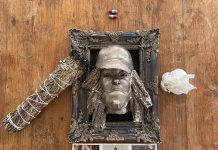