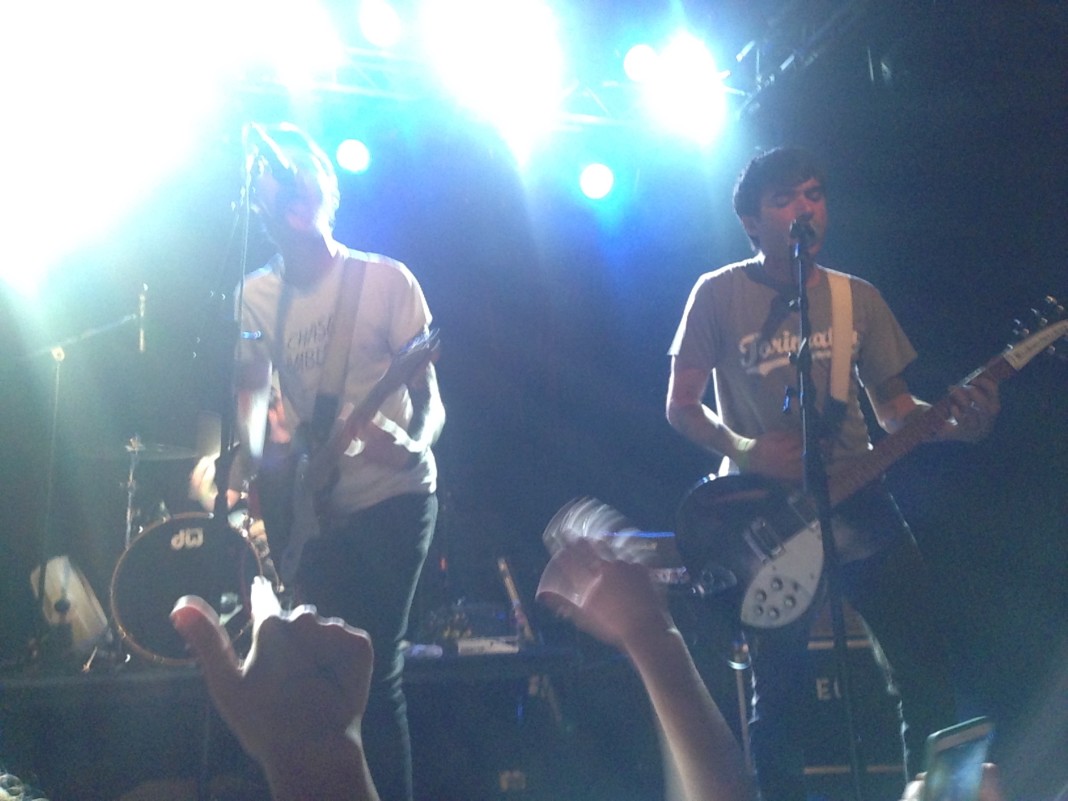 The night started out with Jason Anderson’s newest band, Tracks. Frontman Anderson right off the bat showed a lot of enthusiasm and charisma on stage, which was a little perplexing to the crowd. Especially considering that Tracks, being a relatively new band, had just hit the scene without an LP even released. Although, Anderson has an endearing quality that kept the crowd curious for what Tracks had to offer.

Next up was Cheap Girls, curiously consisting of all middle aged men. Their songs were repetitive, yet comforting in the sense that they all seemed familiar; especially in their song ,“Knock Me Over,” off of their latest record “Famous Graves.” They ended their set with “Gone all Summer,” which by this time had the crowd jumping and singing along.

Finally had come the band we had all been waiting for. The first signs of soundcheck and guitar strums already had the crowd jumping. At promptly 10:30, Joyce Manor took the stage, with little introduction needed. The antsy crowd showed promising for a great show, and boy was it a great night indeed. The set was the perfect balance of songs that appealed to all fans, new and old, playing songs ranging from tracks from even before their self titled all the way to their most recent “Never Hungover Again.” With each song clocking in at about 2 minutes, the crowd was able to take a breather between all of the head banging, pushing, and the relatively young crowd. But what really put the cherry on top was hearing them play “Five Beer Plan,” the intensely emotional, and crowd favorite anthem. Everyone wailed the lyrics over the familiar bass line and ended the song with nothing but blood, sweat and tears.

It’s been a while since I’d been to a show as awesome as last nights (not to say that there aren’t any out there). Last night proved to be pure punk rock, with everyone feeling the vibe and mutual connection via power of Joyce Manor. The stiff neck the next morning is just the bonus.