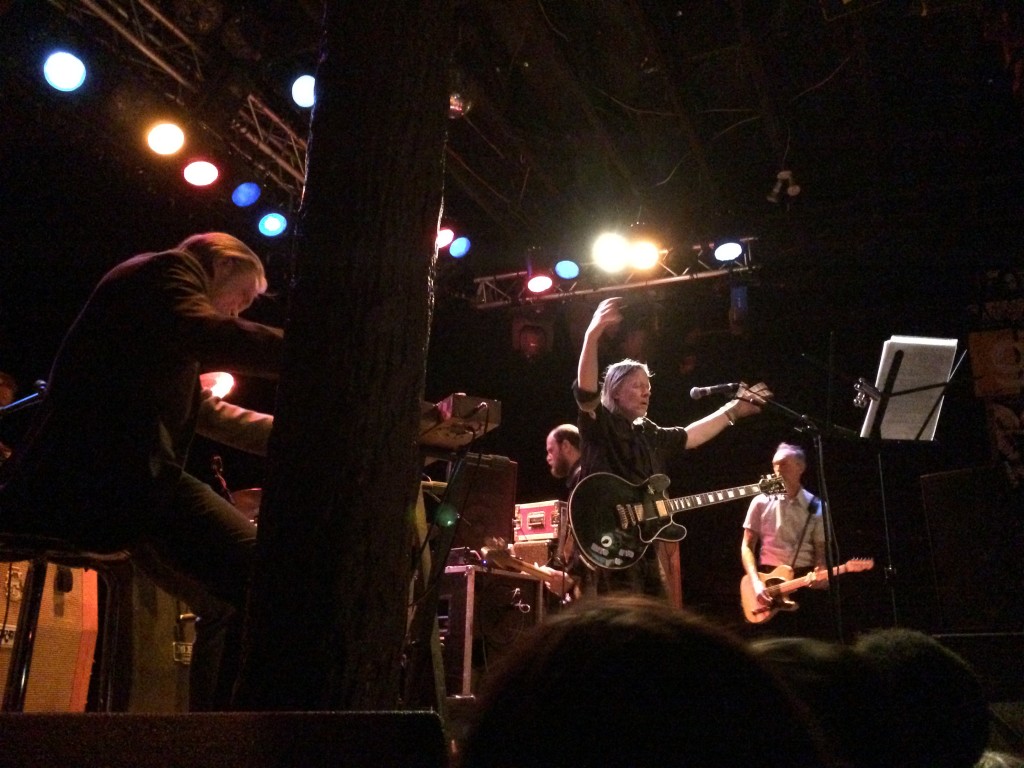 Swans has crafted quite the reputation for themselves over their thirty-year existence. Frontman Michael Gira has been known to assault rowdy audience members and step on fans’ fingers resting on the edge of the stage. People tell stories of Swans shows so loud that listeners got physically sick, or extremely humid shows because the band asked for the air conditioning to be shut off. Swans has aged many years since many of these stories were established in the nineties, and while the validity of these stories may be questionable, there is no doubt that their live performance is expected to be intense.

Opening artist Little Annie’s presence transformed Trees into a dimly lit cocktail lounge. Accompanied by a pianist, her cabaret-style songs were minimalistic and her voice was raspy. She was highly expressive and seemed to take a good look at every face in the audience. During her final song, Christoph Hahn of Swans joined her on stage, playing his lap steel guitar to add a haunting warmth to the sound. The accompanist provided vocal harmonies as well, making this song the fullest and most stunning of the set.

It was clear within the first five minutes of Swans’ entrance that their set would be a test of endurance. Multi-instrumentalist Thor Harris stood alone on stage, thundering away on a gong. It sounded like waves crashing, continuously crescendoing to a peak before dying back down. He played solo for several minutes before the drummer appeared, adding additional percussion to the swelling sounds coming from the stage. Another five minutes passed before the next member made his way to the stage and joined the cacophony.  Slowly, the rest of the members followed suit. Their first piece lasted forty minutes, truly setting the pace for the rest of the show. Not a single song Swans played can accurately be described as “short.” Heavy and staccato, the bass frequencies consistently pulsed through the bodies in the crowd. The long, loud songs became hypnotic and all sense of time seemed to vanish. Michael Gira had a music stand beside him, and the stack of lyrics sheets on it seemed almost discouragingly thick. The stack never seemed to get any smaller, making it seem as if this show would never end, for better or for worse. Two and a half hours later, Swans concluded their set with grateful bows to the audience. No one bothered chanting for an encore— it would be cruel to ask Swans for anything more after what was unmistakably an exhausting set.

There were no violent interactions between Swans and the audience, and the venue stayed pleasantly air conditioned. Swans proved that, even after thirty years, they don’t need those things to deliver a draining, intense set. Radio UTD’s own Andrew Johannessen summed it up best: “That was punishment. Awe-inspiring punishment.”