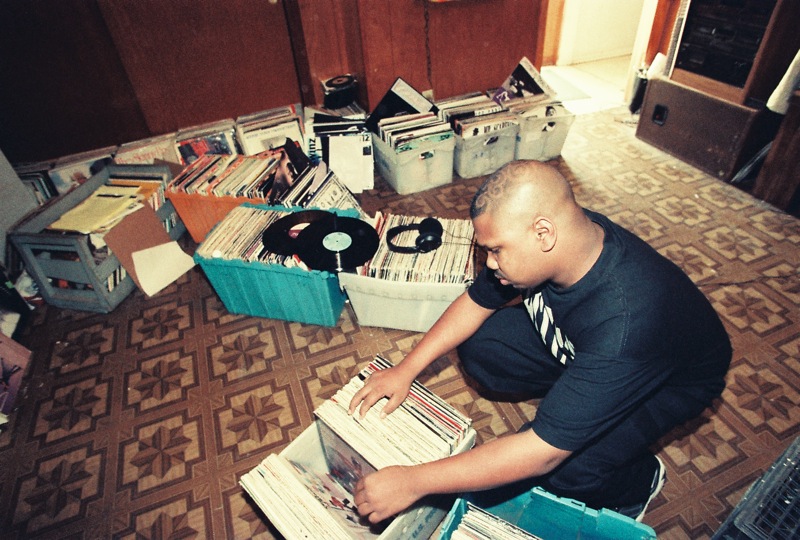 As I rolled through the sunny streets of the 2nd ward in Houston on Saturday,  I couldn’t help but notice all of the little images of hip-hop culture plastered everywhere. While eating at my favorite hotdog place ,The MoonTower INN, I noticed a UGK emblem on the wall. I grabbed my food and immediately spotted a pimped out purple popsicle trike with “Rest in Peace DJ.Screw” etched across the cooler.  Although many may not realize it, the Houston Hip Hop scene is huge and has the potential to be just as big as the rap scene in  Atlanta, New York, or Los Angeles.

The hip-hop scene in Houston is growing, and widely celebrated. It all started with The Screwed up Clique and Swisha House. Although most of the credit is given to Screwed up Clique founder DJ Screw, it is important to note that both record labels helped to pioneer the chopped and screwed sound which is so synonymous with Houston rap.  One thing that is unique to the Houston rap scene is that many of the older artists such as Big Moe and Big Pokey were able to not only cultivate careers, but also generate a lot of revenue  by just selling Screwtapes, mixtapes that were hosted by DJ Screw, much in the vein of sponsored mixtapes like Gangsta Grillz today.

The hip-hop scene in Houston has permeated out of the 3rd and 5th wards and has transcended socioeconomic status to encompass all of Houston. I remember driving past NASA and seeing a Chevy hatchback with a purple Screwston bumper sticker plastered on its side. In 2011, the University of Houston M.D Anderson Library hosted a four day long Houston Hip-Hop seminar. Artists like Lil Keke hosted talks about DJ Screw and other notable artists. UGK’s own Bun B (who is actually from Port Arthur, but we claim him none the less) has created not only a hip-hop coloring book, but has even teamed up with the Houston Symphony to create “ The Concert Against Hate”, a tribute to pioneers from Houston who have stood up against adversity. Not to mention many artists from Houston have gone on to win countless hip-hop awards from Vibe, the Source, BET, MTV, and even the Grammy’s.  Houston hip-hop has evolved from D-boys slangin’ mixtapes out the back of trunks off Scott St. to artist’s playing in symphony halls, and lecturing at Universities. It’s come a long way from the burgeoning days in the 90’s and the mainstream explosion of the mid-2000’s that vaulted Houston rap, at least for a little while, as a scene that, along with Atlanta, legitimized the whole of Southern hip-hop. And while one of the three main cities of hip-hip-dom is not as prolific as it once was, it’s influence is apparent is essentially any artist you hear on the radio today, from Future to Migos, from Young Thug to Lil Wayne and so many more. The impact of Houston hip-hop culture can not be understated. Everyone wants to be trill now. Just take a look at the aforementioned artists who have big hits on the radio, and especially the New York scene that the likes of A$AP Rocky and French Montana are the de-facto leaders of. Rocky said it best. “Everything is purple”.

Although Houston rap has made so many strides in the past few years garnering national attention for artists like Slim Thug, Paul Wall, and even more recently Kirko Bangz, there are still issues in this community. The most notable being the use of Lean. Lean, Purple drank,Syrup, and Syzzurp, are just a few names for the mixture of codeine and promethazine, sprite, and Jolly Ranchers. Unfortunately, if consumed in large doses, and in combination with alcohol and other drugs,  Lean can suppress and even turn off certain autonomic functions such as breathing. The hot summers, slow riding and even slower music were the perfect backdrop to the popularization of “Purple Drank”, which slows down your system. Unfortunately, many have been lost to lean overdoses. Artists such as DJ Screw, Big Moe, and Pimp C have all been taken from us too soon due to respiratory failure or heart attack due to consuming the beverage and other drugs over a long period of time.

While new artist continue to rap about Lean, my question is, what’s next? Is there a future for Houston rappers who don’t use chopped and screwed sounds, or will the city forever be stuck in some sort of anachronistic style? Why is Drake, a man from Toronto, the artist who’s bigging up Texas rap the most in 2015? Now that codine-promethazine is no longer being made, how will artists quench their thirst for Lean? How will this affect their music? Although these questions may not be answered anytime soon, newcomers like MC Beezy, Beatking, Gt Garza, and Just Brittany are striving to create a new sound, yet still keep DJ Screws legacy alive. Hopefully one day soon a new breed of rappers in the image of the greats of yesterday, but with the flair and smarts of the new generation, can bring Houston hip-hop back to the forefront.