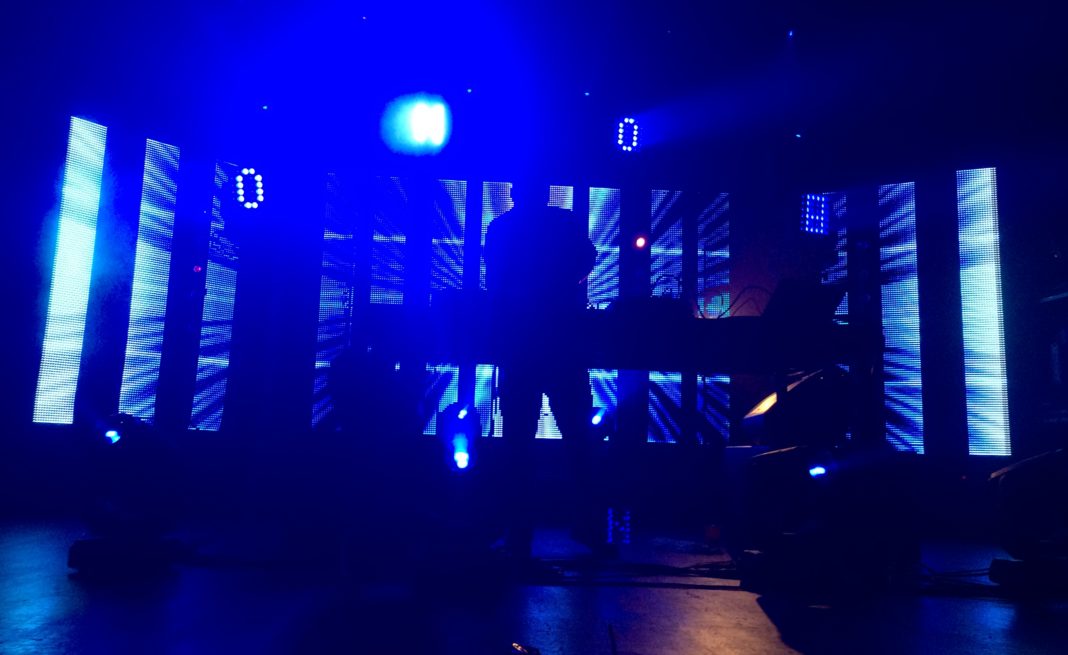 Who doesn’t like Bonobo? Seriously, ask the person next to you, “Hey, what do you think of Bonobo?” Chances are, they have heard of the name, and will respond modestly like, “Oh yeah, I haven’t listened to much but I heard good things,” or you will receive a more passionate response like, “Oh wow Bonobo is great, I wonder how he is live?”

I can honestly answer the latter. I’ve listened to the subtle progressiveness of Simon Green, Bonobo’s music for two albums, and curiously explored the rest of his discography along the way, in anticipation for the moment I got to see him live. Thankfully, on any tour he commits to, Bonobo has generously graced his tones in the Dallas scene, time after time impressing us musically, visually and spiritually. On his 10/11 show at the House of Blues, he stunned yet again and I couldn’t stop smiling once I stepped off the floor exhausted from dancing.

The North American DJ Tour has been well under way since mid-September, blessing the US and Canada with an autumnal variation of Bonobo originals mixed brilliantly with club favorites and eclectic tunes alike. What is advertised at the House of Blues is rather misleading; Bonobo is the name on the stub but others may be unaware of the DJ set part, which needs a bit of emphasis. If you were expecting the live instrumentation of “Kiara” or “Heaven for the Sinner,” you would be disappointed. However, as exciting as The North Borders Tour would be to attend, which now has a featured DVD, vinyl, CD, T-shirt package due to its ultra-success story, the North American DJ Tour has been equally as successful, and if you like to dance then you might have achieved everything and more.

The music started fabulously with Kastle igniting the groove momentum. An LA favorite of mine, Kastle greeted us early birds with warm dance tracks which progressed to heavier bangers. He played many singles and remixes, although his renowned track “Red Light” was missing from the set. But, he made up for it by mixing in jungle-esque beats and some UK flavor such as Eagles for Hands’ track “Holla,” which had myself jiving exceptionally well. About 30 minutes later he requested a traditional selfie which he has been doing for every show of the tour. Bonobo quickly assumed the speakers after Kastle’s set, starting off ambient with the intro to “Kiara” which quickly drops to something big and bouncy. The audience immediately picked up the beat and was rolling with the rhythm beautifully. This continued into 3 more originals strung together: “Ten Tigers” into “Kong” into “Jets.” Green even announced new singles and forthcoming tracks, bumping them quite nicely. The guy behind me could barely handle it all (I could tell because he sounded like he was about to cry from delight). Indeed, it was amazing to hear the heavy-weight tracks of Bonobos repertoire all together in a continuous mix, but there was still much more to come. The set continued with progressive synth stabs and intricate rhythms to keep consistent with the Bonobo flavor. Green’s visual set up consisted of 14 massive LED panels which coordinated spacey visuals and epileptic synchronizations, all in accord with high beam flood lights which changed color. I found myself staring in between breaths and dance sets. It’s difficult to choose what you want to do more. In those moments I would also look to the left and right of myself; at my fellow audience members; my peer groups of youth and elderly combined. Something of a phenomenon that only happens with only the best kind of music.

As a whole, we were all dancing on our own, and that made me happy. My impression was that mostly everyone there was there for the music, not just another night out. And why shouldn’t we all be dancing? I’ll tell you that he played more bangers such as Daniel Avery’s “Knowing Where We’ll Be,” some Maribou State and of course, necessarily, more Bonobo originals such as “We Could Forever,” “Emkay,” “Duals” and the tour trailer beloved: the Bonobo remix of London Grammar’s “Hey Now.” Each new track built onto the next and I loved every second of it. The crowd applauded in between songs during those brief moments of rest where the beat has dropped off, but anticipation for the next drop is only seconds away. Simon Green smiled at the cheers and claps of the Dallas crowd. He knew what he was doing. He finished the 1.5 hour set without encore, admirably. I walked off the floor and into cool air panting. That reassured myself I had a great time. 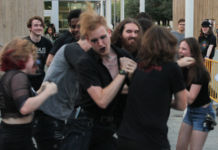