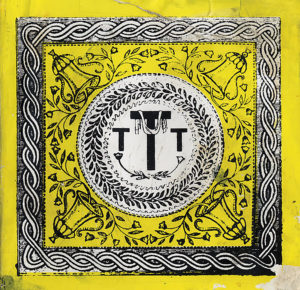 If Le Tigre and Bjork opened a post-apocalyptic discotheque, it would play nothing but Duchess Says and there would be neon strobe lights everywhere. With fearsome guitars, droning bass, screeching vocals, impossible-to-ignore drum beats, and some of the most insane use of a synthesizer this side of the 80s, this band is definitely worth checking out if youre looking for something to mix your head up a bit. I listened to Anthologies des 3 Perchoirs at least five times, and on each listen found something fresh that I liked about it.

The album opens with a fairly standard drum beat, seeming to build up to some slick modern rock riffing and a stylish vocalist singing about something appealing. Instead, this Montreal band adds a super-buzzing bass, high-pitched random noises made by their adorable lead singer, and some very strange synth work, and it becomes immediately clear that this is not an average rock album. It drags the listener down to some kind of dance punk dungeon with each subsequent song and each second of the album brings some new insight into Duchess Says ideas, whatever they happen to be.

Anthologies des 3 Perchoirs has its share of rockers. The fourth track, “Aeae”, starts out with a piercing circus riff and explodes into dirty riffs reminiscent of Nirvanas debut, Bleach, while somehow managing to have a couple of surf rock breakdowns and cackling a la “Wipe Out”. “Melon” is also a standout; it is the seventh song on the album and arguably the most radio-friendly of the tracks. Surprisingly, one of the best tracks on the album and certainly the heaviest is “Gilbert”, the ‘epilogue.’ It is purely instrumental, but it is thoroughly captivating nonetheless. Also, Duchess Says explores more mellow, trance-inducing territory with A Century Old and Lip Gloss Babyla. The rest of the album is somewhere in between, sometimes focusing more on the beat and exploring the electroclash aspect of their sound.

This is a solid album from a genre that is largely hit or miss, and certainly worth checking out if you think youre up for the ride.