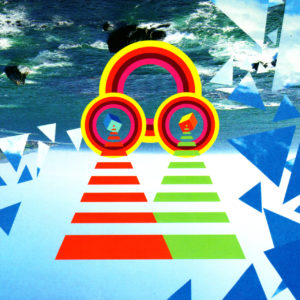 My friend told me about how he walked two miles in the Austin sun to see this band, and after listening to the album I understand why. I also understand how it can turn off lots of people who are naturally impatient or fickle, but what can you do? I’ll tell you what I can do: listen to the noise. Fuck Buttons controls the noise but doesn’t allow you to forget the chaos in their music. Sweet Love For Planet Earth reminds me of old school M83 with a church-y background synth reverberating throughout the entire song while some frantic tree hugger screams murder as if there is no tomorrow. At almost 10 minutes long, this powerful song is not for those who aren’t used to intense music.

The tone quickly changes with Ribs Out a song full of RAW. It’s as if I’m back in Africa with malaria and I’m running in the jungle hallucinating that Bear McCreary is chasing me with a bongo. But seriously, I can’t help but imagine my very own intercostal muscles contracting in misery as some beast of a lower plain of consciousness rips into my chest. Yes, music is capable of inducing these kind of images and emotion. Good music, that is.

Okay, Let’s Talk About Magic. This song has all the creepy-tastic elements of Havest by ADULT but with the drums you’d expect in a climactic fight scene from a classic movie. This song and this album, Street Horrrsing as a whole draws from so many different niches of music; it’s quite impressive. I have nothing but respect for this music by the Fuck Buttons, and will surely continue to immerse my brain in the deep droning sounds of their debut album. 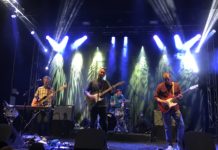