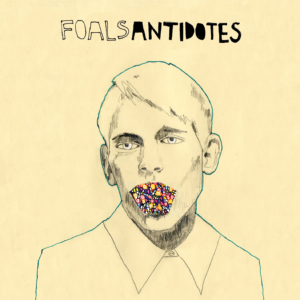 When I first began listening to this album I was rather unimpressed. I wondered what crazy dog fight I had been thrown into with this review as I sat bewildered. The music was good, I felt, but not in a way that particularly excites me personally.

It has, however, grown on me. This album is almost like Bloc Party on a sugar high. Indeed, its best trait is the outrageous amounts of energy contained within.

Electronic and opposing guitar rhythmic elements mix to create a very twenty-second century atmosphere in some of the, and I use this term lightly, slower tunes. The band seems to have had a very clear idea what it wanted the album to sound like and it shows. The songs on this album are all very similar and cohesive in style and seem to lock into each other to almost create a single album-length track.

Unfortunately, that also makes this album outrageously repetitive (One caveat: if you are a dancaholic you probably won’t mind at all). That is the one standing grudge I have against this album. The best songs on this album stand out to me, however, as they feature novel, clever and/or interesting rhythms as well as tempo and mood changes which somewhat combat the repetitiveness. The range of changes and novel ideas are limited, however, and it severely impacts the level of interest one will have while listening through.

For its faults, however, it is worth a listen. This British band is probably amazing live, considering how much energy they can convey through electronic means. Perhaps next time, however, they can try to slightly expand the stylistic and musical variance.